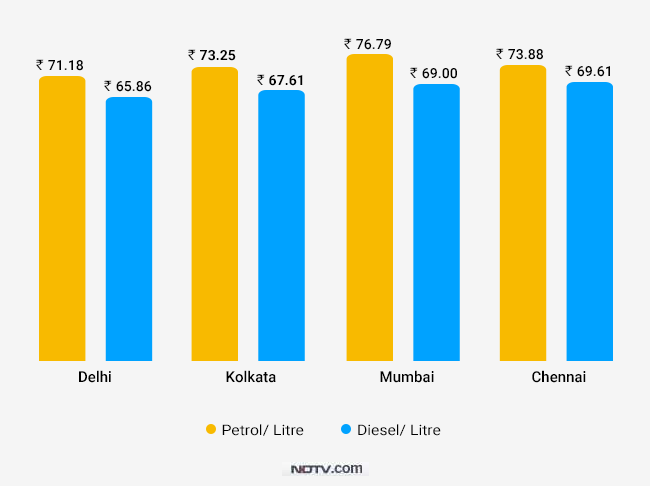 As per the daily dynamic pricing regime, domestic fuel prices depend on international fuel prices on a 15-day average, besides the value of the rupee. This is because a large proportion of country’s requirement is met through imports.

Globally, oil was mixed on Tuesday as tensions in the Gulf appeared to stop short of a military showdown and both sides in the US-China trade talks sounded conciliatory notes, signalling that a breakdown might be avoided, reported news agency Reuters.

3
Here’s how to check status of Aadhaar-Pan link

4
Income Tax will be Charged on Cash Withdrawal