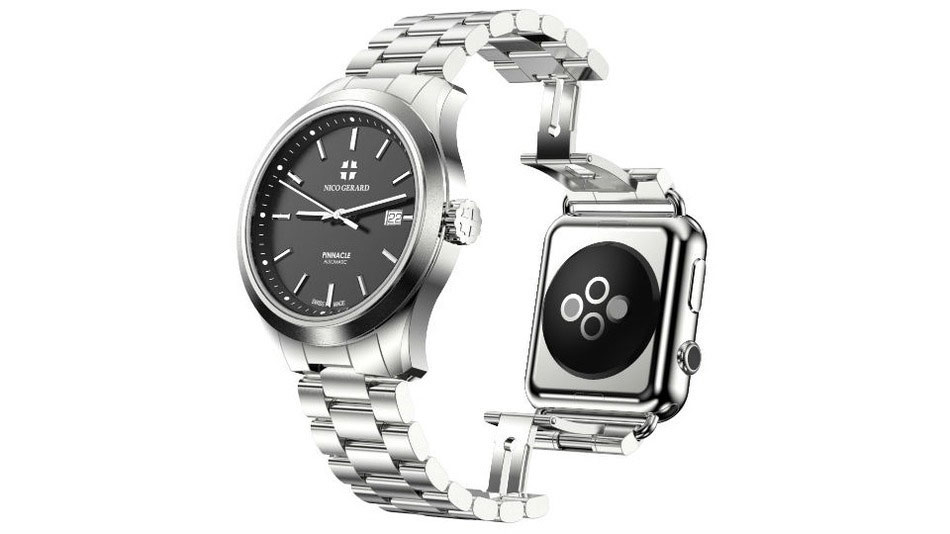 alifornia-based (where else?) watch-maker Nico Gerard has announced a timepiece that has an Apple Watch lodged within a pretty typical analog watch strap. Yep: a watch for your Apple Watch. Oh and preorders start at $9,300 — although that includes the black steel analogue face and a 38mm stainless steel Apple Watch on the other side of your wrist. If you want to upgrade your status beyond that of a mere one-percenter, then there’s the $112,000 18-carat gold option. With gold Apple Watch Edition. (It’s not eventhe first double-watched solution to a problem no-one’s ever had.) Irony be damned, the watch has been named Pinnacle. But there’s one question we need answered: which one is the watch, and which one is the accessory?