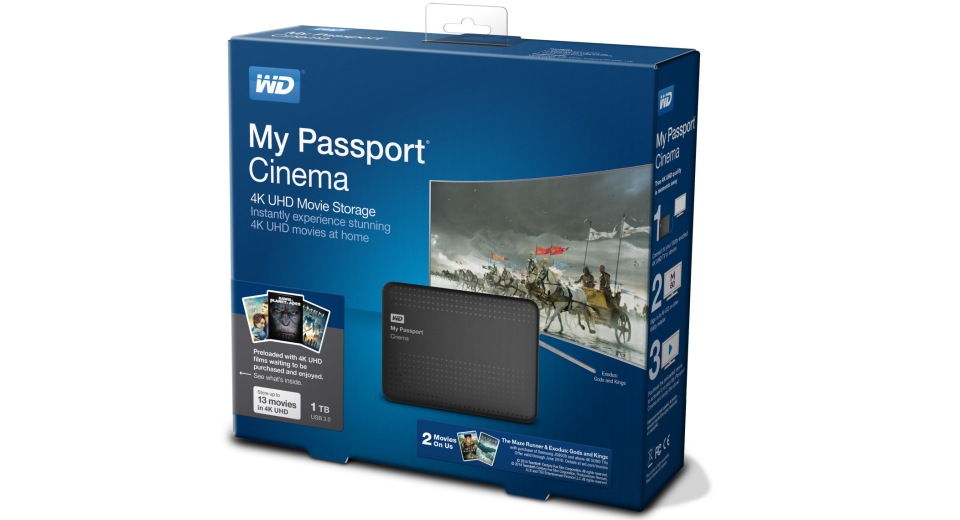 New super high-res televisions are already here, but with Ultra HD Blu-ray still yet to debut, the best available way to get 4K video on that screen is with streaming and, now,downloading. Western Digital has a Vidity hard drive ready that is ready for storing Hollywood’s movies in the highest quality available, and playing them back on compatible screens. Right now the list of compatible devices is limited to Samsung’s UHD TVs (2014 or 2015) with the M-Go app, and Fox is the first studio out of the gate with compatible movies. WD’s $90 1TB, USB 3.0-connected My Passport Cinema drive meets the spec, is being packed in free with new Samsung TVs, and comes preloaded with The Maze Runner, Exodus: Gods and Kings, X-Men: Days of the Future Past, The Wolverine, Dawn of the Planet of the Apes, The Fault in Our Stars, Let’s Be Cops and The Other Woman — two of them are free off the bat.

This group has been working on what it previously called Project Phenix for years and yes, it is a spec for the DRM system wrapped around those pristine Ultra HD, High Dynamic Range (HDR) video files. The two HDR-equipped flicks (Maze Runner andExodus: Gods and Kings) will only play in 4K on the 2015 Samsung SUHD televisions however, and in HD on the 2014 televisions (part of the spec means it can store copies in lower res for playback on different types of devices). Fox EVP Danny Kaye says the move combines “unprecedented quality” with convenience, since not only do viewers get the best looking version of the movie, they can move it from place to place or device to device.

When we got a demo of the tech at CES it seemed to work smoothly, but we’ll need to see that list of compatible devices (and available movies) grow quickly to make it worth investing in. Right now, the drive comes gratis with Samsung’s JS9000, JS9100 or JS9500 Ultra HD televisions, so if you need a knockout demo to go along with that new set (other than some new NASA flicks from the ISS) they have you covered.